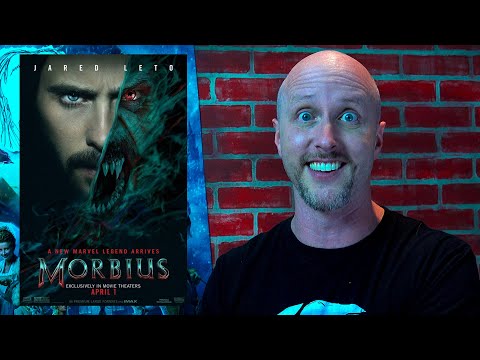 April 2022 is a big month for Sonic fans. Not only will they be able to see their favorite blue hedgehog (once again voiced by Ben Schwartz) return to the big screen in Sonic the Hedgehog 2, but they’ll also be able to see the cinematic debut of the hot-headed red echidna Knuckles (voiced by Idris Elba).

However, this month will also see the release of other exciting new feature films. From the action-packed Michael Bay thriller Ambulance to the next entry in the Fantastic Beasts franchise, studios are betting big in the last month before the highly crowded summer movie season, so if you feel comfortable going to theaters in the next four weeks, here are some movies you should definitely keep an eye on.

What’s it about: Dr. Michael Morbius tries to cure himself of a rare blood disease by turning himself into a living vampire.

Who will love it : Comic book fans, Jared Leto enthusiasts, anyone who loves vampires.

Preview : Fresh off the record-shattering success of last year’s Spider-Man: No Way Home, Sony Pictures is releasing another long-awaited Marvel film based on another well-known Spider-Man character: Morbius, the Living Vampire. Academy Award-winning actor Jared Leto is sinking his teeth into the lead role alongside the likes of Matt Smith, Tyrese Gibson, and Jared Harris. Michael Keaton is also set to reprise the role of Adrian Toomes/Vulture from Spider-Man: Homecoming, even though that movie takes place in the Marvel Cinematic Universe (MCU) whereas Morbius takes place in Sony’s Spider-Man Universe (SSU), which also includes the last two Venom films. Did Doctor Strange’s multiversal shenanigans somehow lead to Toomes being teleported from the MCU to the SSU? Can Morbius possibly be better than the bad movie people assume it is? April should answer these questions and raise new ones (as comic book movies tend to do nowadays).

What’s it about: Sonic and Tails team up to stop Eggman and Knuckles from taking over the world.

Who will love it : Sonic fans; gamers, families who enjoyed the surprisingly good first film.

Preview : After over two years of patiently waiting, Sonic fans can finally experience the highly anticipated sequel to what is generally considered one of the better video game movies in recent memory. While many actors from the first film are expected to reprise their roles, including Schwartz as the voice of Sonic, James Marsden as Sonic’s human friend Tom Wachowski, and Jim Carrey as Dr. Robotnik/Eggman, Sonic the Hedgehog 2 also marks the feature-length debuts of two of the more iconic characters from the video games: The kind-hearted yellow fox Tails, voiced by Colleen O’Shaughnessy (who’s portrayed the character since 2014), and the hot-headed red echidna Knuckles, voiced by Elba.

What’s it about: After a bank robbery goes sideways, two brothers who were involved in the heist hijack an ambulance while an EMT and a wounded officer are already in the vehicle.

Who will love it : Michael Bay fans, action movie enthusiasts, people who love movies about ambulances.

Preview : Three years after the release of his Netflix original film 6 Underground, Universal Pictures is releasing Michael Bay’s next high-octane action-thriller Ambulance on the big screen. While the film’s trailers and marketing definitely emphasize the over-the-top action set pieces that Bay is known for, they also highlight the heated back-and-forth between its two leads (Yahya Abdul-Mateen II and Jake Gyllenhaal). Ambulance harks back to The Rock era, when Bay actually cared about his characters rather than using them as pawns to be moved around in elaborate, explosion-filled action movies. We’ll see if Ambulance is more ’90s Nicolas Cage than 2000’s Shia LeBeouf.

What’s it about: A rough-around-the-edges boxer becomes a priest so that he convince others not to repeat his mistakes.

Who will love it : Mark Wahlberg fans, sports biopic enthusiasts, anyone looking for a good comeback story.

Preview : The 94th Academy Awards may have happened not too long ago, but that doesn’t mean Sony isn’t already preparing for the next award season. Based on the trailers and marketing, Mark Wahlberg is definitely going for the Oscar gold with his portrayal of the real-life boxer-turned-priest Stuart “Stu” Long. Hopefully, casting controversial thespian Mel Gibson as Long’s father won’t severely weaken those chances.

Who will love it : Harry Potter fans in need of another fix, Jude Law devotees still waiting for his comeback, tiny mustache lovers

Preview : Even will all the controversy surrounding series creator J.K. Rowling, Warner Bros. is still proceeding full speed ahead with the latest chapter of their Harry Potter prequel series. Jude Law once again portrays a younger Albus Dumbledore alongside other familiar faces from the last two Fantastic Beasts films including Eddie Redmayne as Newt Scamander, Ezra Miller as Credence Barebone/Aurelius Dumbledore, Dan Fogler as Jacob Kowalski, Alison Sudol as Queenie Goldstein, Katherine Waterston as Tina Goldstein, Callum Turner as Theseus Scamander, and Jessica Williams as Eulalie “Lally” Hicks. One actor who will not be returning, however, is Johnny Depp, who played the nefarious dark wizard Gellert Grindlewald in the previous two entries and is experiencing controversyof his own. This character will instead be played by Mads Mikkelson, which may or may not be an upgrade depending on who you ask.

What’s it about: A Viking prince seeks vengeance against the man who murdered his father and pillaged his home.

Who will love it : Robert Eggers fans, Viking enthusiasts, anyone looking for a trippy theater experience.

Preview : Vikings may not be as horror-themed as 17th century witches or haunted lighthouses, but writer/director Robert Eggers still looks to embrace the otherworldly with his latest feature. The Northman features an all-star cast that includes Alexander Skarsgard, Nicole Kidman, Claes Bang, Ethan Hawke, Anya Taylor-Joy, Willem Dafoe, and even Bjork. Even though it’s not based on an established IP, the movie could still make a major impact at the box office if the studio markets it correctly. It’s rare for an auteur like Eggers to get $90 million to make a movie, and while some reported compromises had to be made to appease test audiences, the result should still be more compelling than most movies out there.

What’s it about: A down-on-his-luck Nic Cage begrudgingly accepts a $1 million offer to make an appearance at a rich fan’s birthday party unaware that he’s actually a ruthless drug lord.

Who will love it : Nicholas Cage fans, comedy enthusiasts, anyone who wants to see an even crazier version of Birdman.

Preview : Even though Nicolas Cage has appeared in many amazing movies over the years, what makes this one so intriguing is that it stars the Oscar-winning and meme-able actor as a fictionalized version of himself. Sweetening the pot are several other well-known actors including Pedro Pascal, Tiffany Haddish, and Neil Patrick Harris, all of whom seem in sync and down with the film’s off-the-wall meta vibe. Hopefully, this movie succeeds at reminding audiences why Cage is an acting icon who, at his best and his worst, is still unlike any other actor out there.

What’s it about: A group of anthropomorphic animal bank robbers attempt to become model citizens.

Who will love it : Dreamworks Animation enthusiasts, parents looking for an entertaining movie to watch with their children.