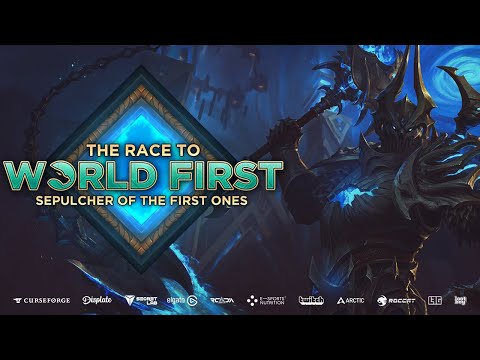 As the latest installment in World of Warcraft’s rolling Race to World First competition comes to a close, conquering the Sepulcher of the First Ones took a huge toll on WoW’s pros. For future competitions, here’s what Blizzard could do to avoid player burnout.

With The Jailer falling at the hands of Echo and peace being restored to the denizens of Azeroth, for those participating in World of Warcraft’s Sepulcher of the First Ones Race to World First the journey has been anything but peaceful.

Lasting 18 days in total (and that’s just for Echo, others are still trying to take down Zovaal), player burnout and the mental health impacts of constantly raiding the same 13 bosses has become a topic of intense debate.

From fatigue to loss of earning for guilds whose members still rely on 9-5 jobs to get by; while this RFW has been one of the most competitive in a long time (and easily one of the most fun to watch), I contend that Blizzard really need to adjust the way Races play out in order to avoid completely obliterating their pros.

Of course, as a WoW esports fan I love when Races last more than a week or so. As soon as Halondrus started causing chaos, I was hooked. Breaking records (and, of course, some of Azeroth’s greatest warriors), this crab-like monstrosity paved the way for things to come.

With a higher level of competition, the Sepulcher of the First Ones etched itself into history as one of WoW’s most exciting tournaments to date. I found myself tuning in every night to see where the teams were at – something I’ve done in the past, but not the recent past.

Whether it was Liquid, Method, or Echo, I didn’t care who won, I just wanted to see how powerful these bosses were. With Anduin continuing to cause trouble, and the Jailer on top of that, the allure of watching these powerful creatures refuse to yield had me on the edge of my seat.

Following Shadowlands’ rocky reputation and somewhat anticlimatic storyline, for many WoW fans this Race breathed some excitement into an expansion that has been sorely lacking a bit of spice. But it’s worth taking off the rose-tinted glasses for a second and considering the implications the Race’s length had on the stars of the show themselves: the players.

Whether you’re a seasoned pro player or a casual gamer, every single one of us suffers from burnout. So, imagine that you’re on the big screen every day for 18 days (or more), playing the same bosses over and over again, isolated from family and friends, and likely taking hate online any time you wipe.

Not much fun, huh?

With Team Liquid choosing to send their players home for some much needed TLC after having been “burnt to a crisp,” star player Maximum (Max) noted “I’m proud of how we played in the race all things considered and were blasting up until 8 – 9 days, our mental and sleep just did not hold up to doing this for much longer; it was pretty damaging. Certainly something to look to improve if Blizzard is going to do this again.”

This was reiterated by Echo’s co-CEOs Rogerbrown and Scripe in their post-RWF press conference. When I asked about the impact the Race had on their personal lives, both gave a weary smile before responding.

“The main thing is that we did not expect this,” notes Roger. “If you know it’s going to take this long, you prepare accordingly, but if you tell everyone ‘worst case it’s going to be 14/15 days, I’ll be back for sure by March 25’ – it’s a bit rough. I think it went longer than it should – it’s still enjoyable – but then you realize ‘what’s going on back home?’ You’re getting calls and you’re like ‘I don’t know when this is going to be over.’ When we all go back there’s probably going to be a lot of stuff to take care of.”

“Ridiculous” is possibly the best way to describe this Race, both good and bad. As fans, the action left our jaws on the floor, the raw power of these bosses blowing us away, but for the pros, the struggles are real.

But what can Blizzard do about it?

As Roger and Scripe suggested in response to my question about balancing out bosses, Blizzard could consider splitting raids into smaller chunks with generally stronger foes. Not only does this mitigate content droughts, it means there could be more Race to World First competitions that last a manageable amount of time.

You could also simply reduce the number of raid bosses to around five or six, each getting more powerful as players progress, with the last being the strongest. Again, this gives players a challenge while not forcing them to dedicate literal weeks of their time to raiding.

Either way, something has to change.